In Thailand the Vegetarian Festival occurs every year on the eve of the ninth moon (September/October) and lasts for around one week. It is celebrated throughout the entire country, but the festivities are at their height in Phuket, where about 35% of the population is Thai Chinese.

In accordance with the traditions, many religious devotees will perform ritualized mutilation upon themselves and one another (with the consent of, context and understanding of all involved and the practice itself) while under a trance-like state. Including but not limited to: impaling through cheeks, arms, face, legs, back etc. Using everything from small syringes to large spikes and swords, as agreed upon between all members.

Also partial skinning (the skin is not removed, just cut and flipped over); slashing of limbs, chest, stomach and especially tongue with swords, axes and knives; bloodletting; removal of tissue (normally limited to cysts) and intentionally wrapping or standing near fire crackers as they are lit. 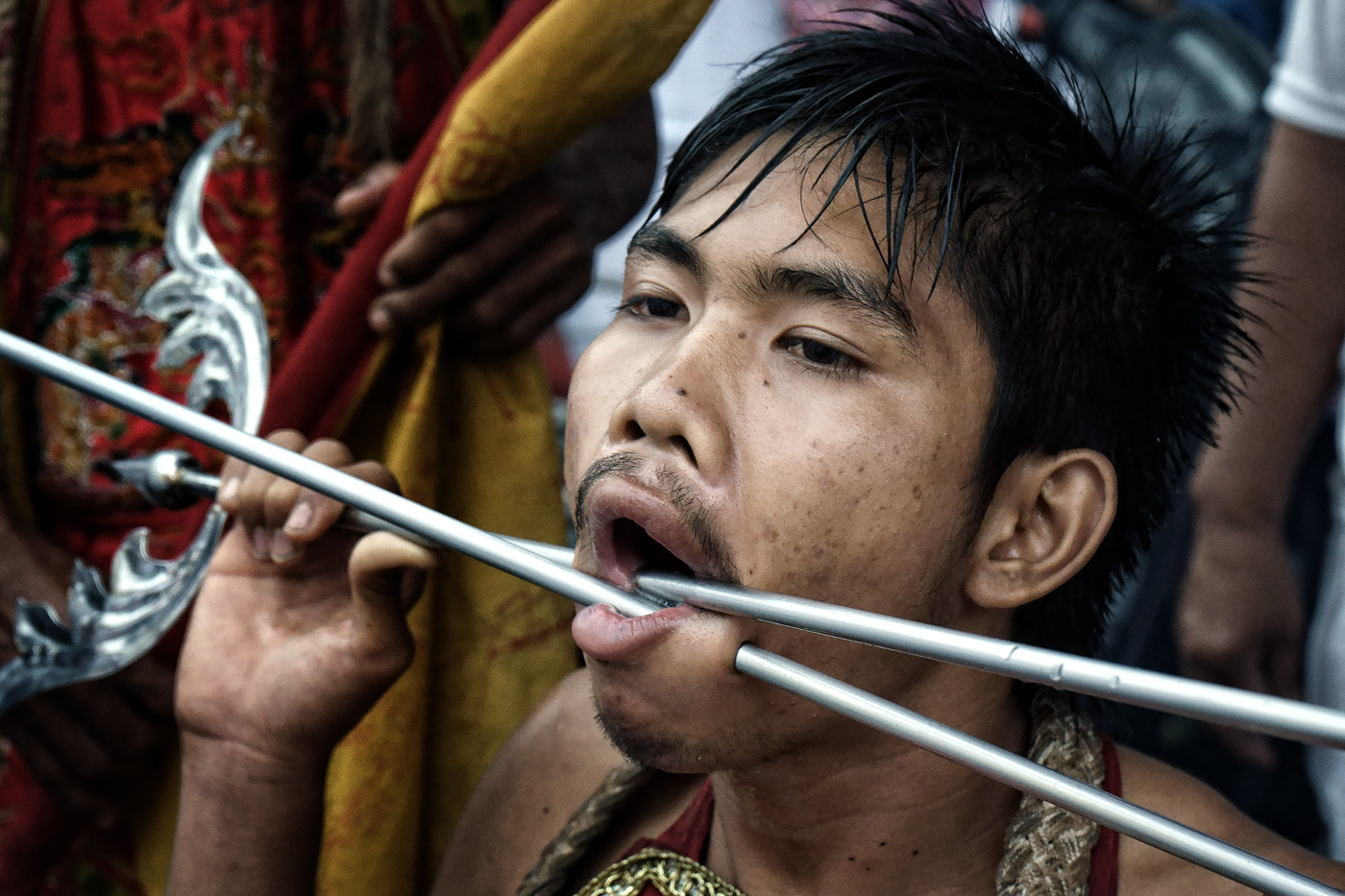 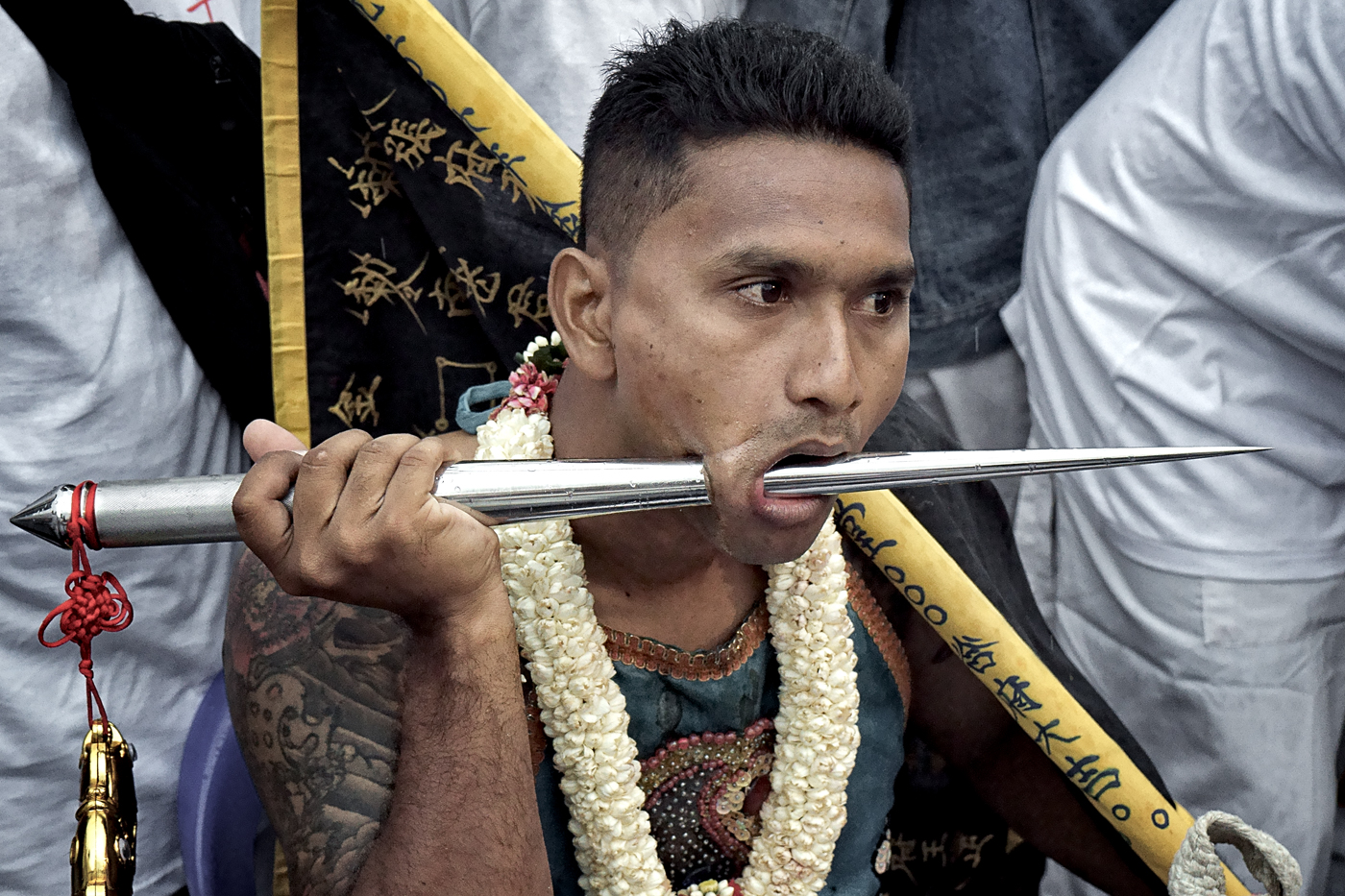 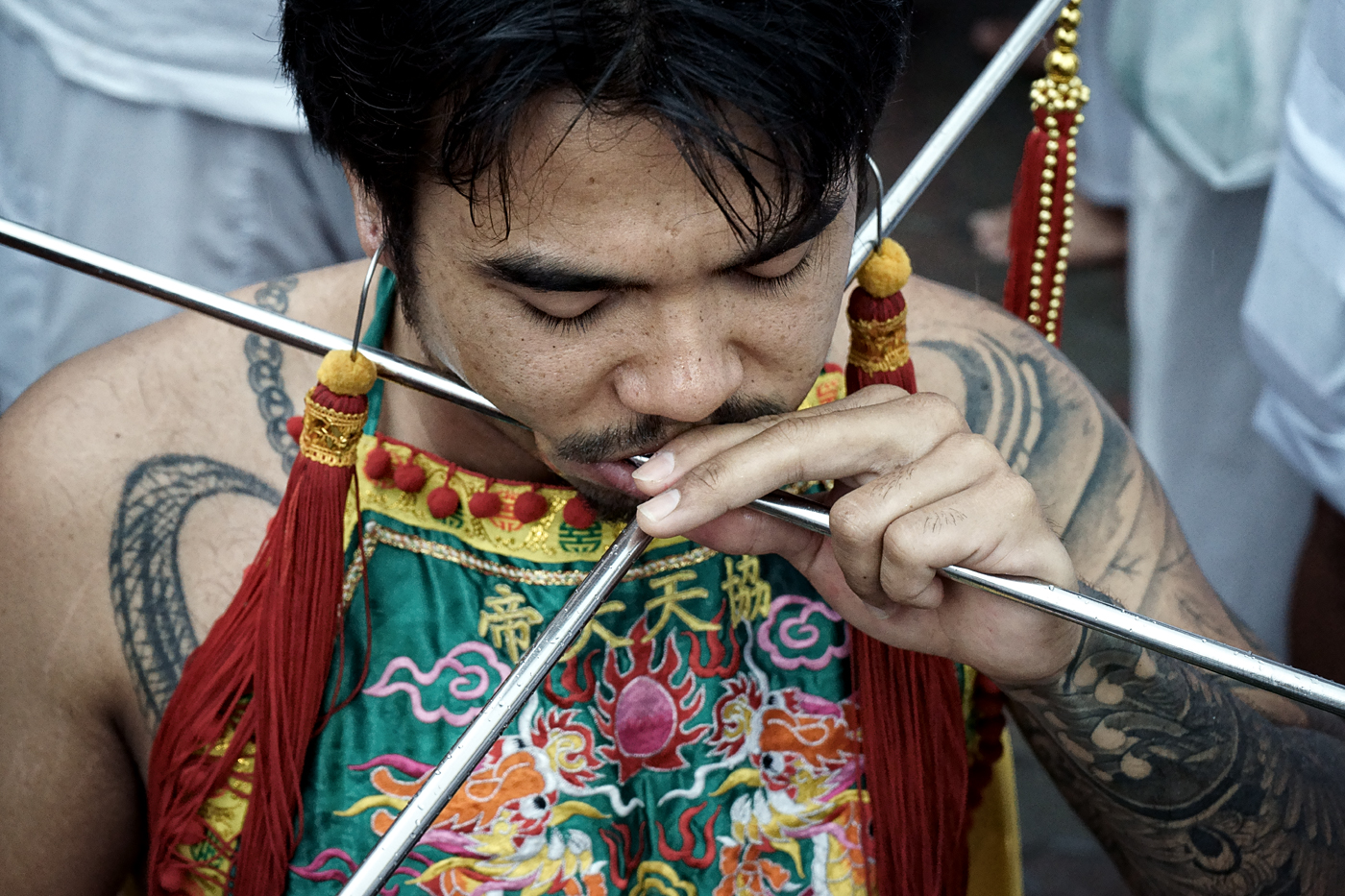 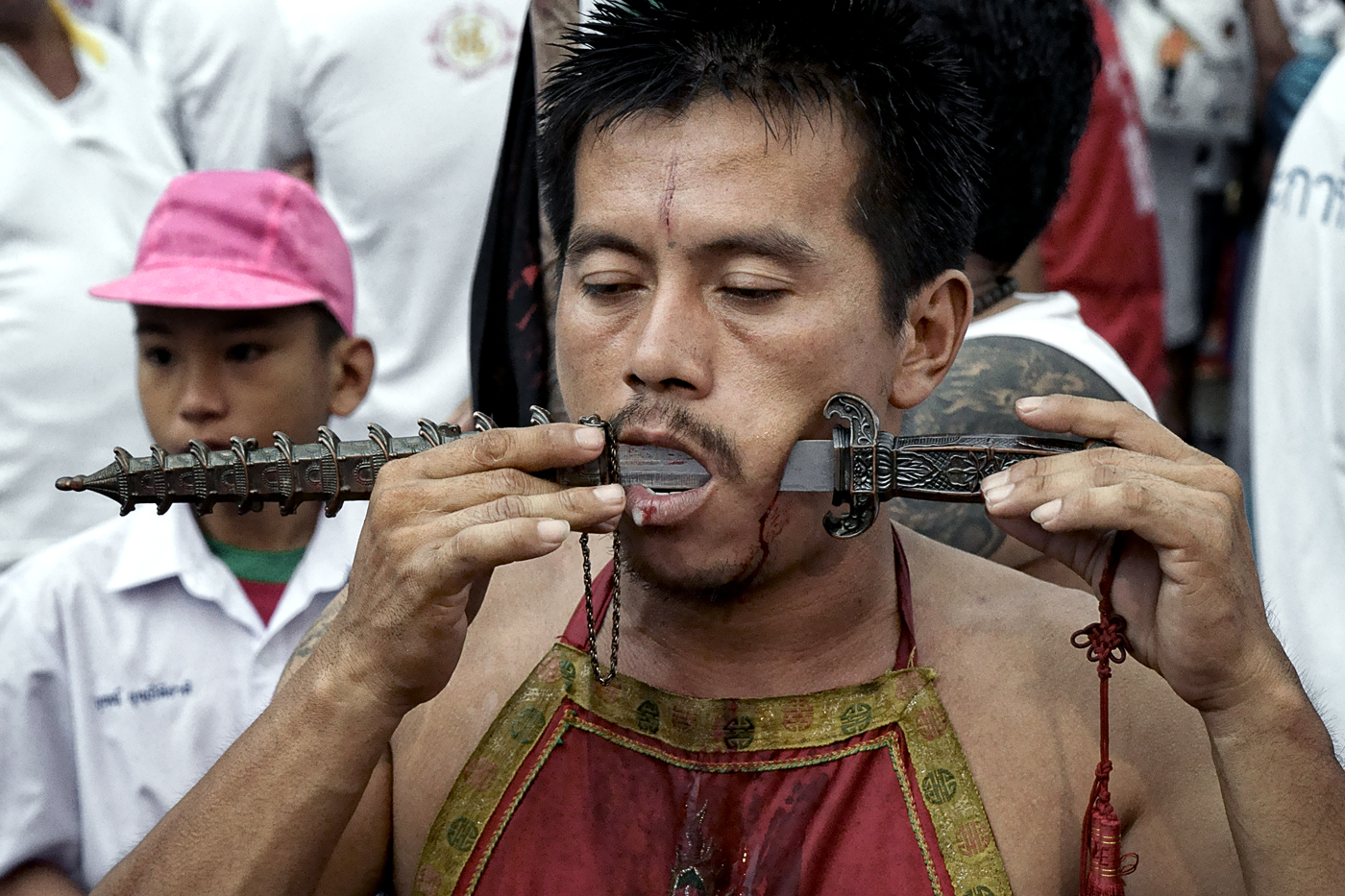 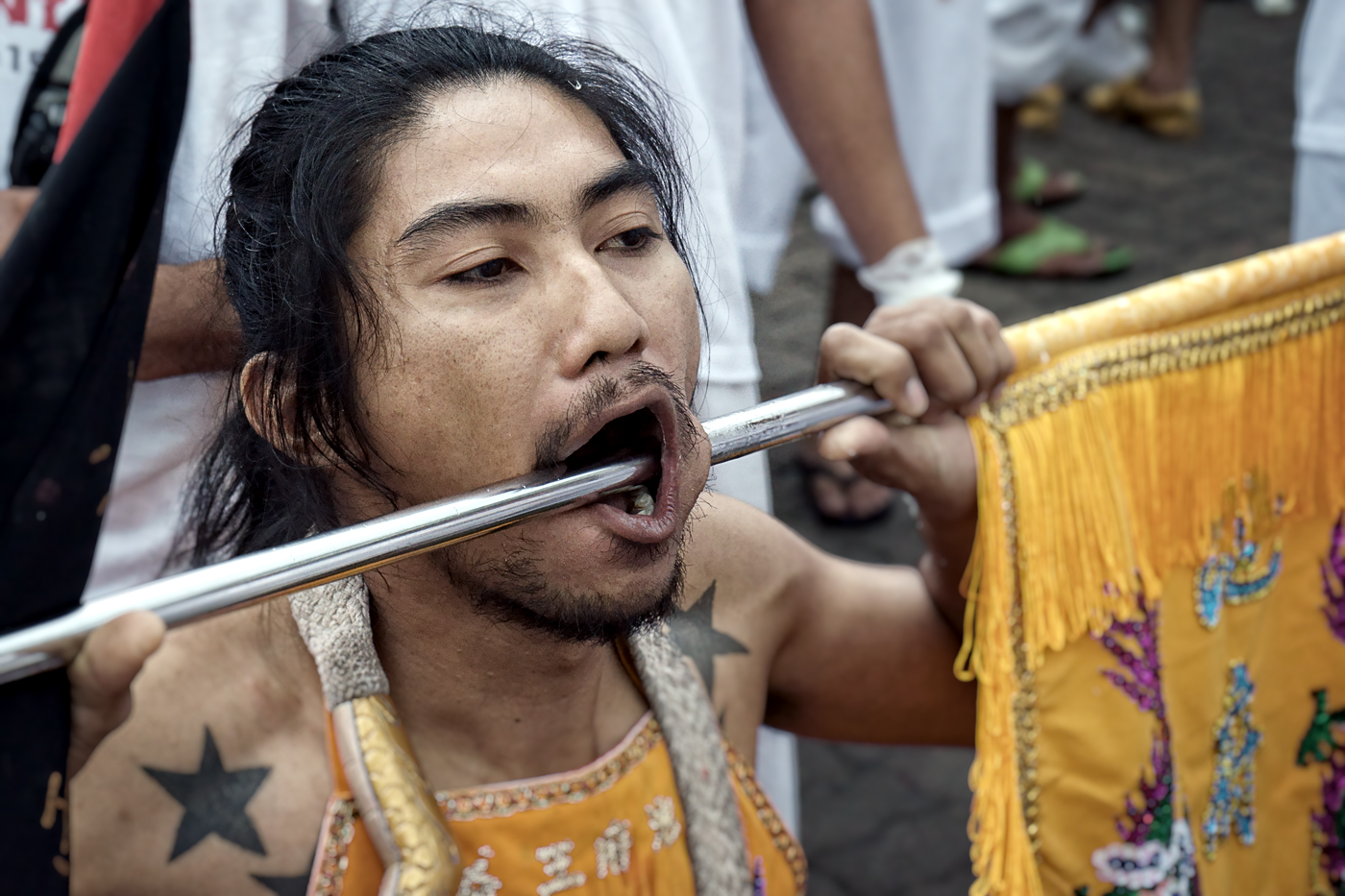 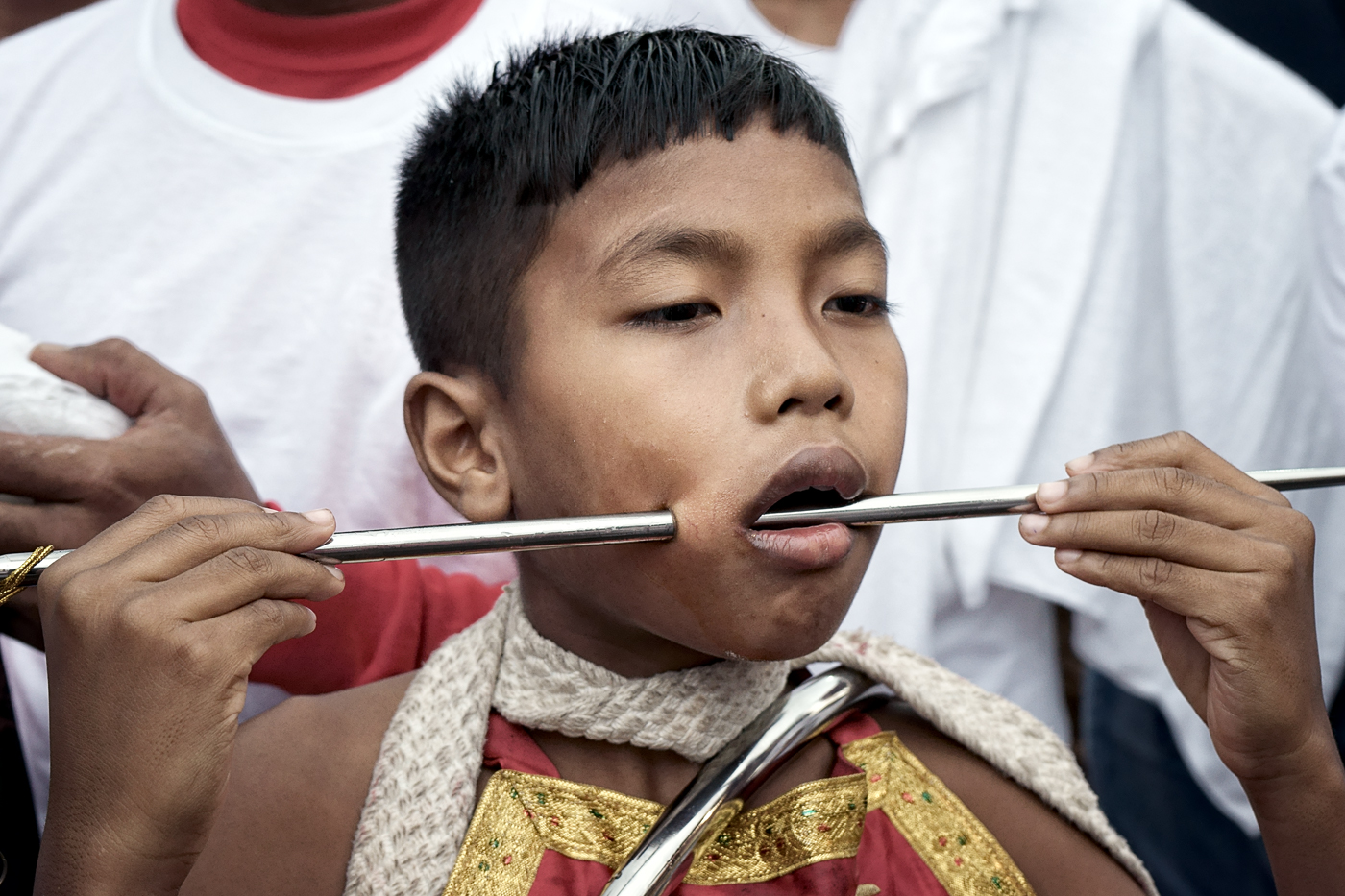 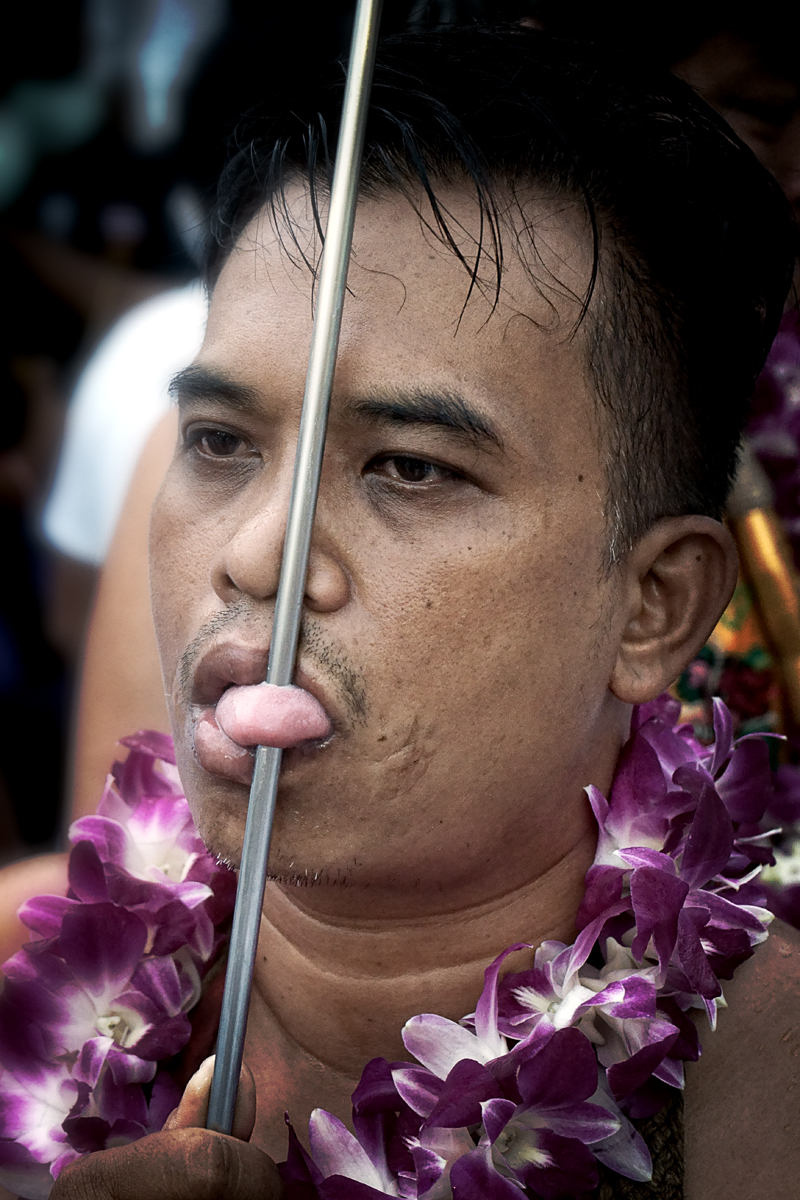 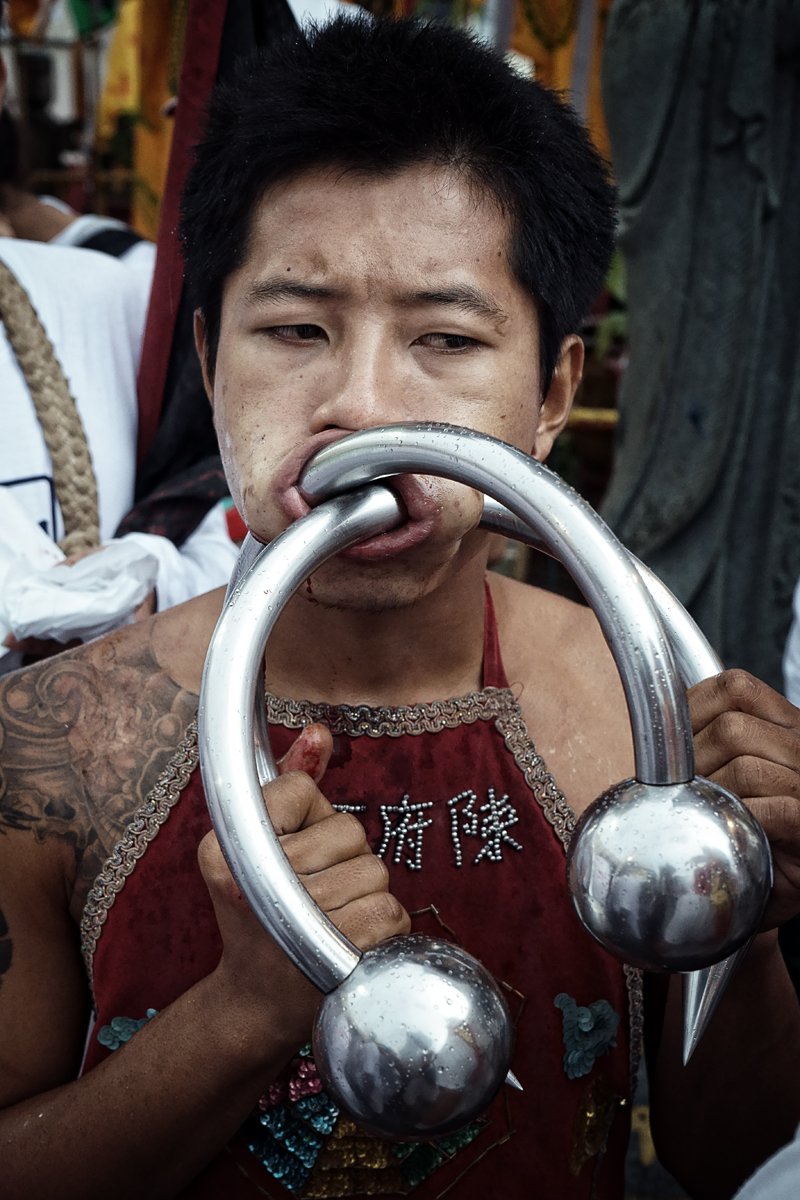 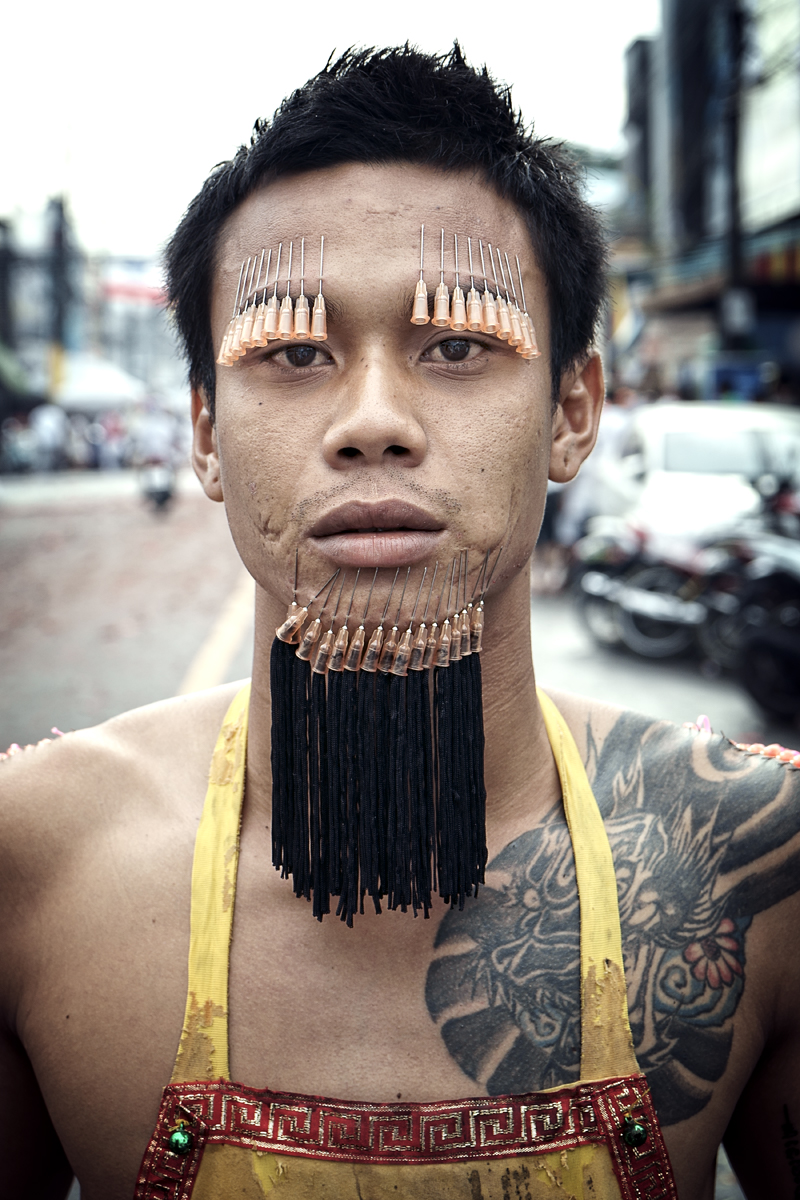 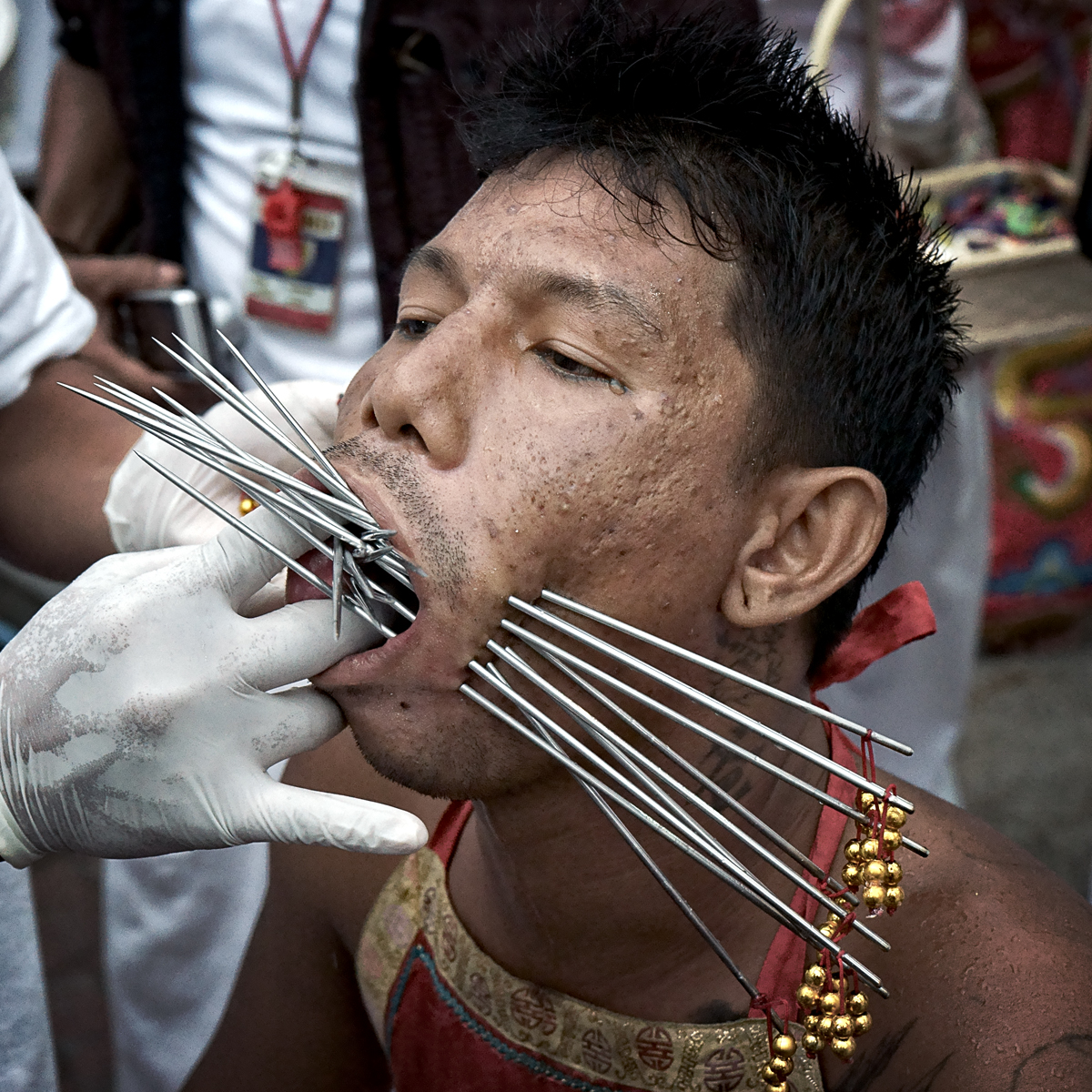 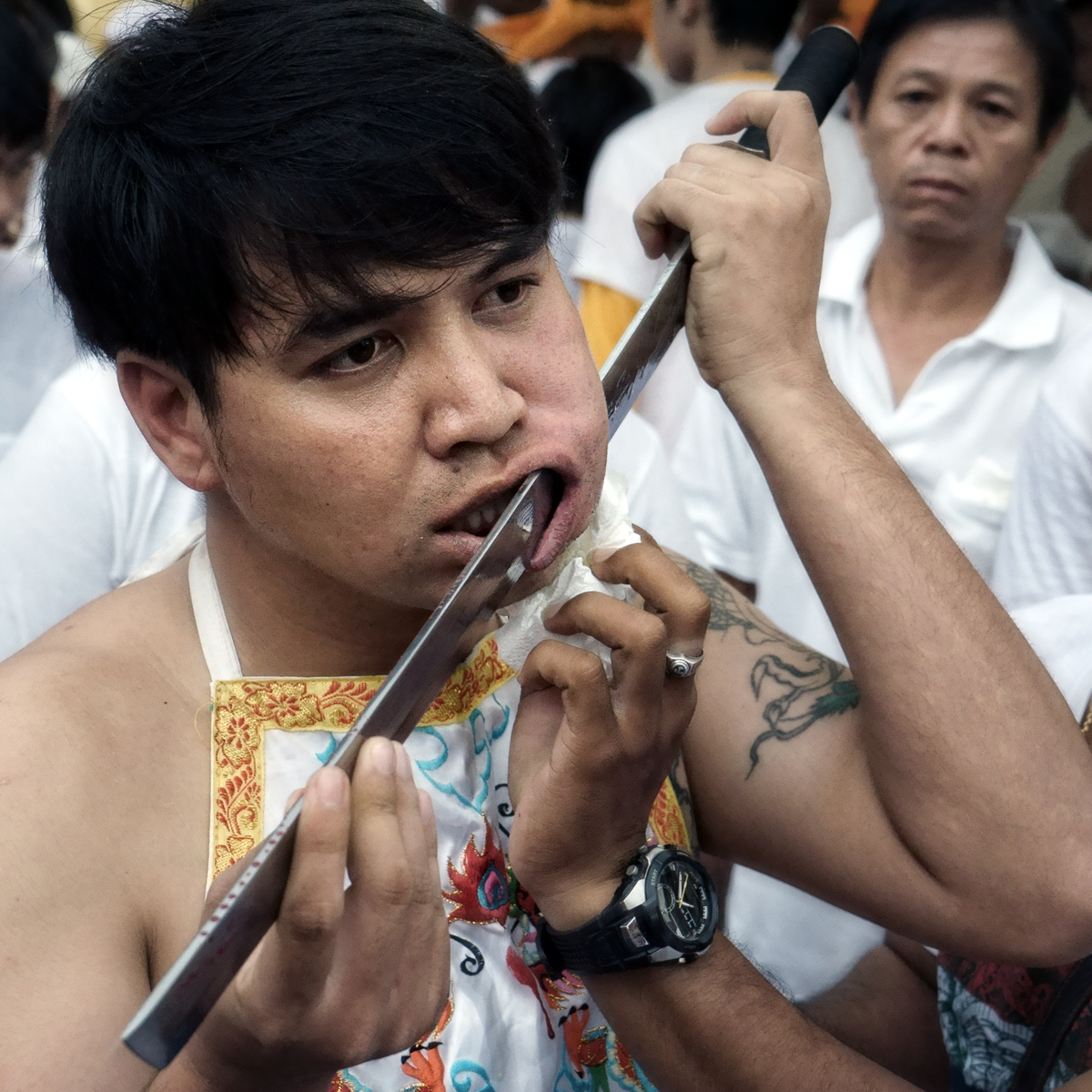 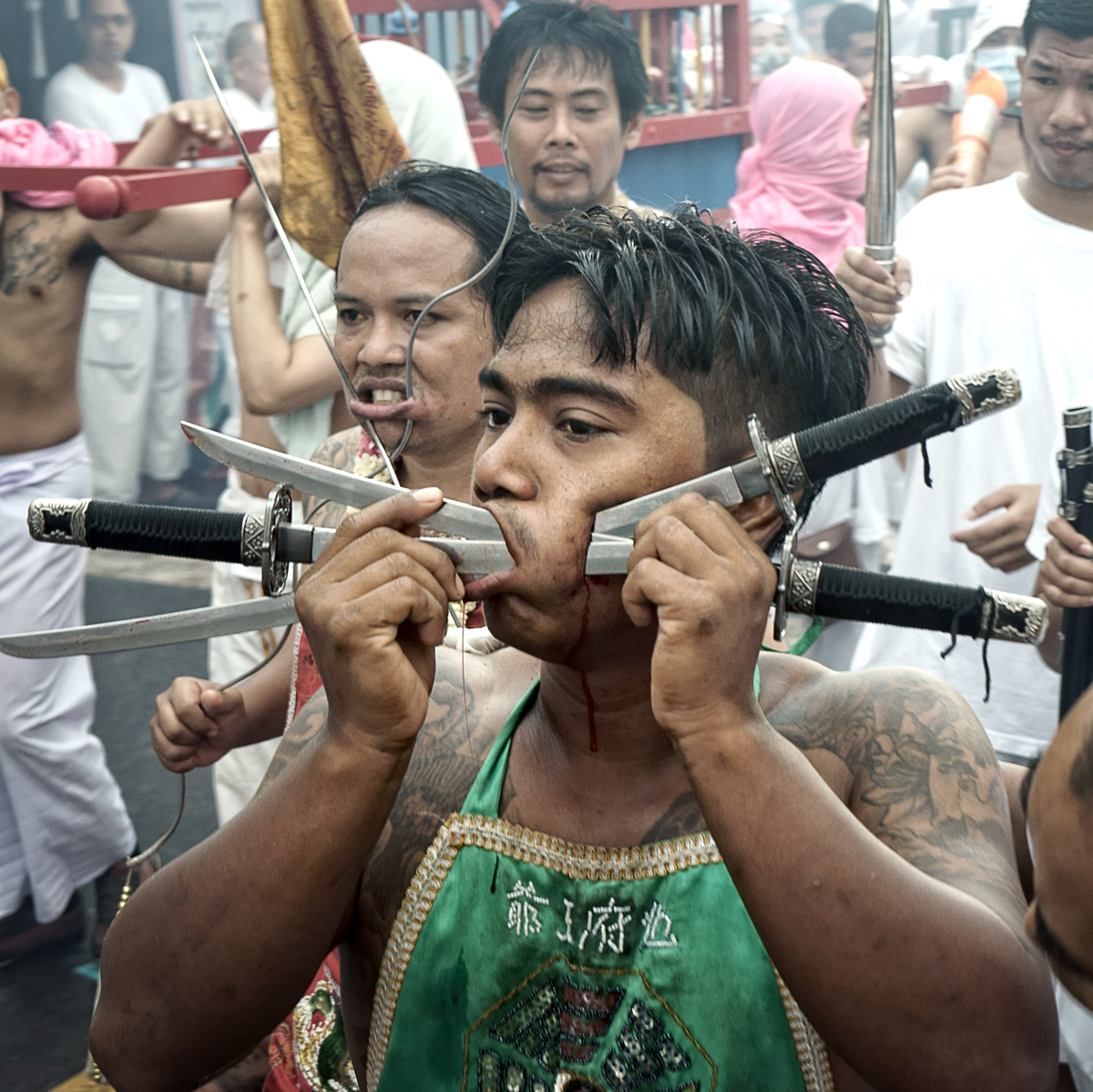 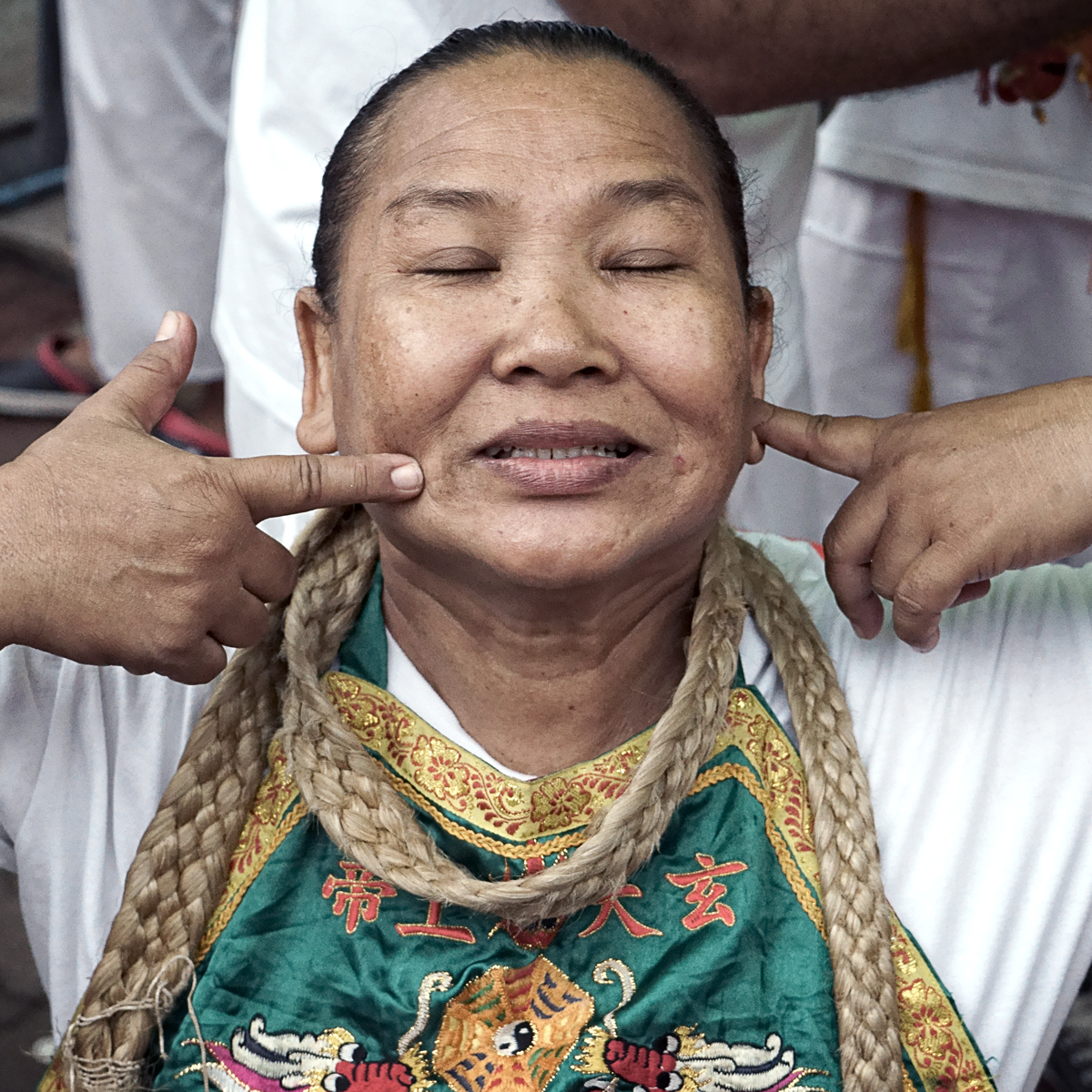 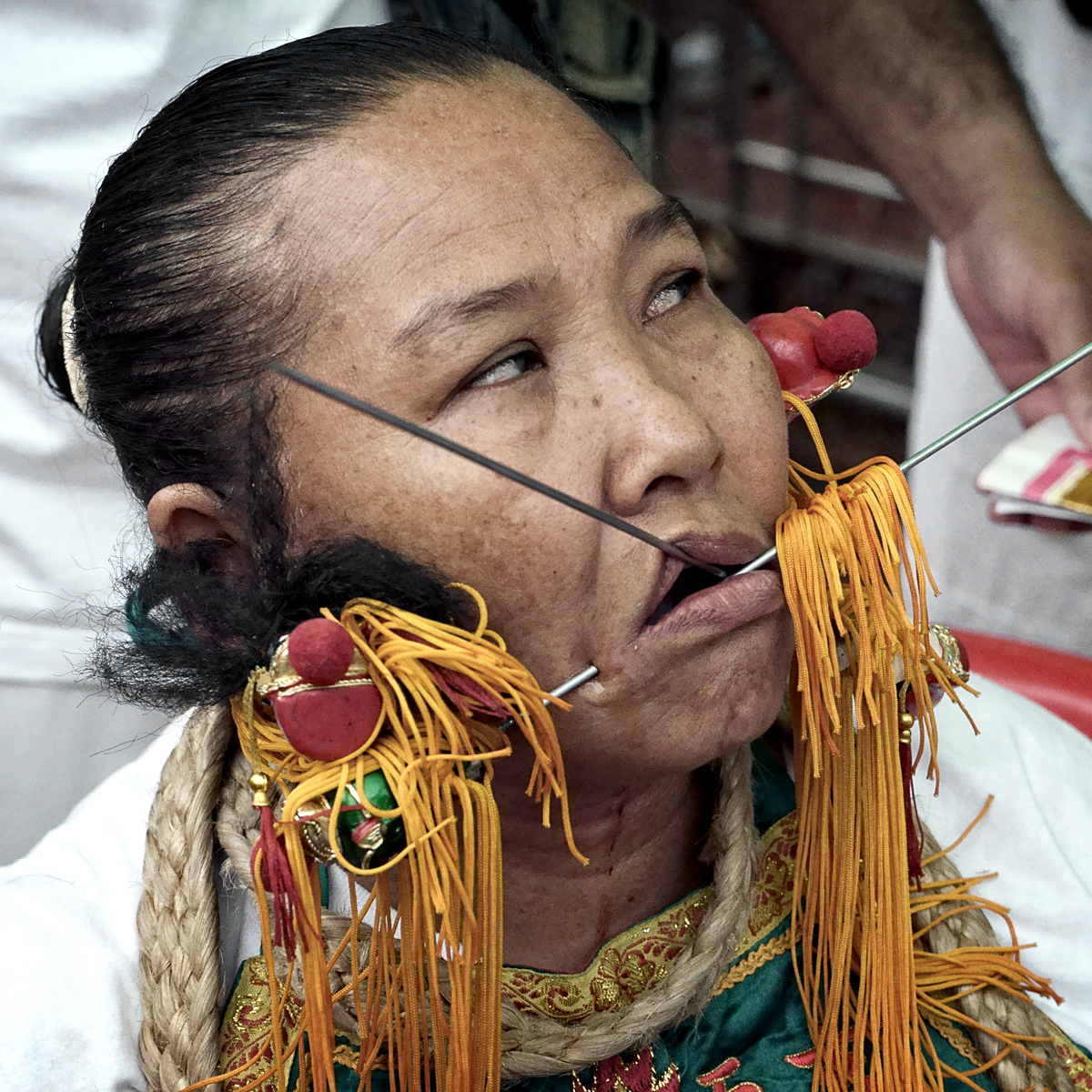 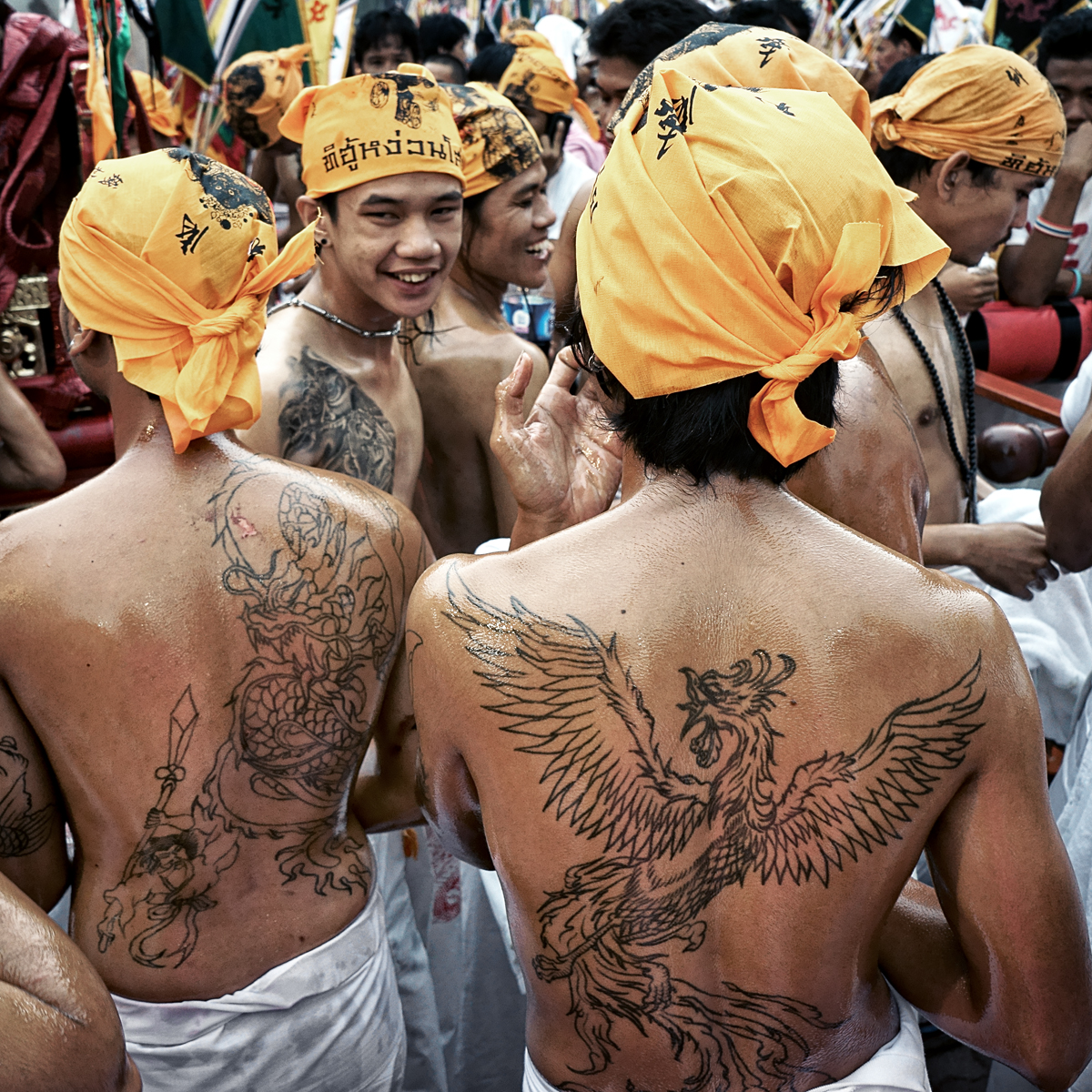 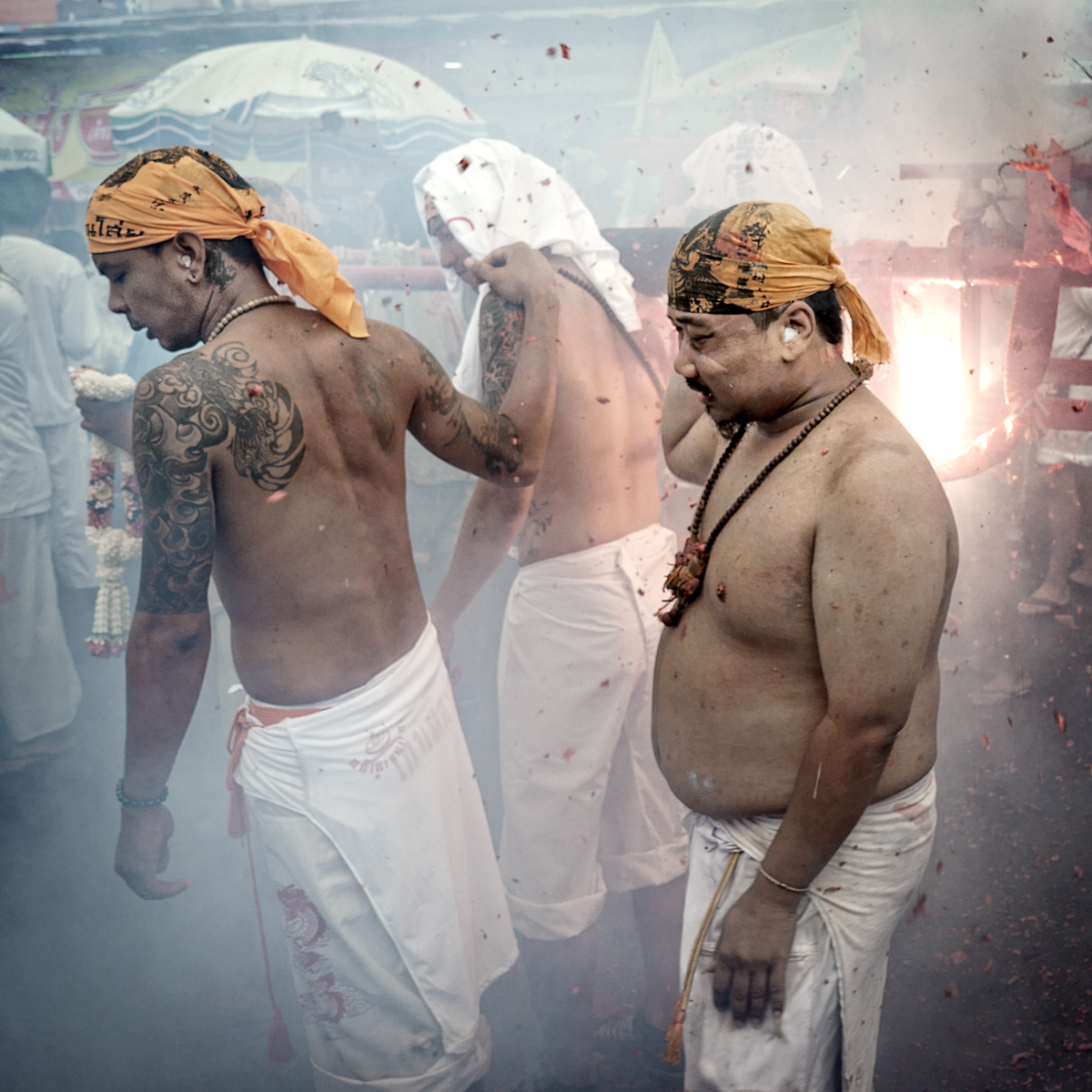 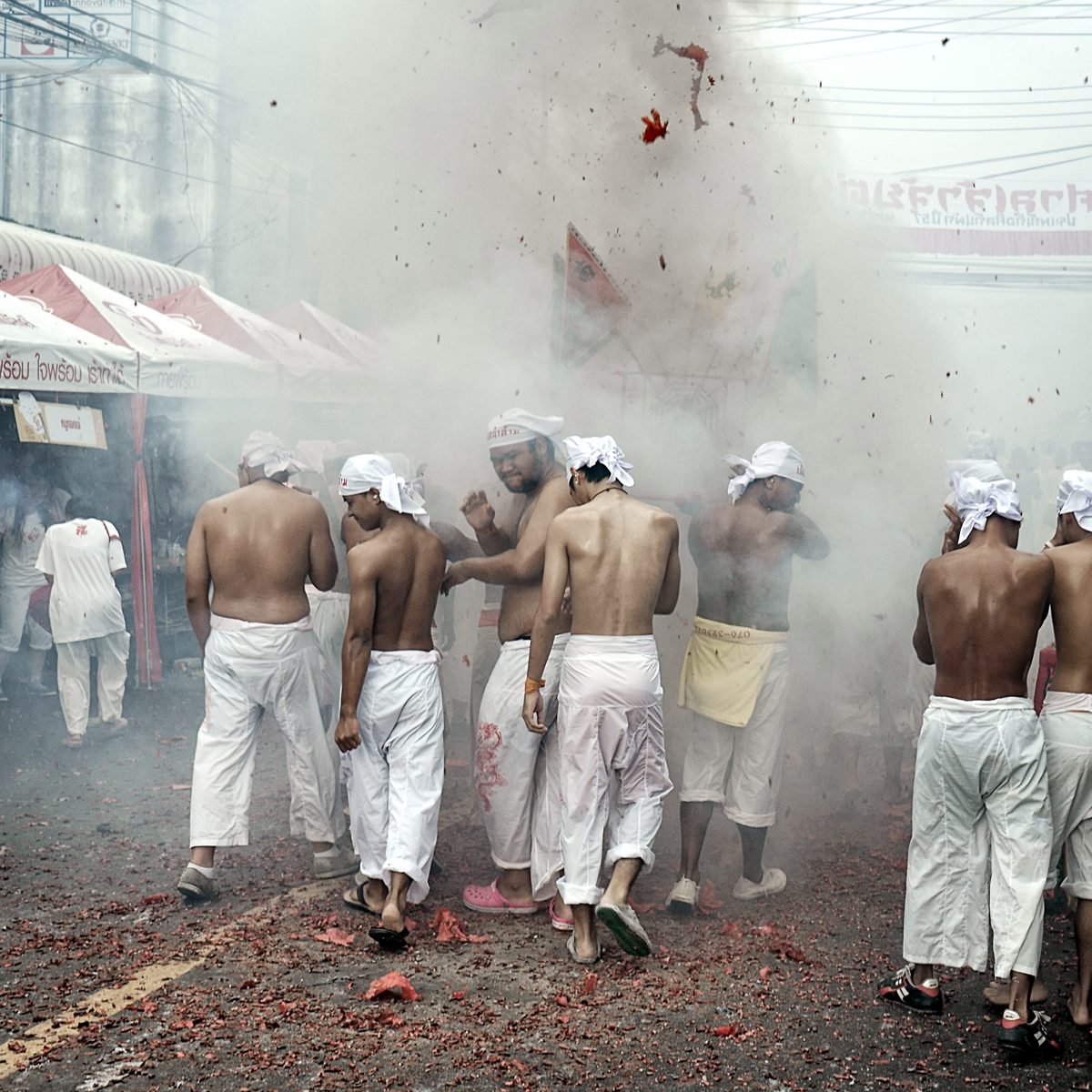 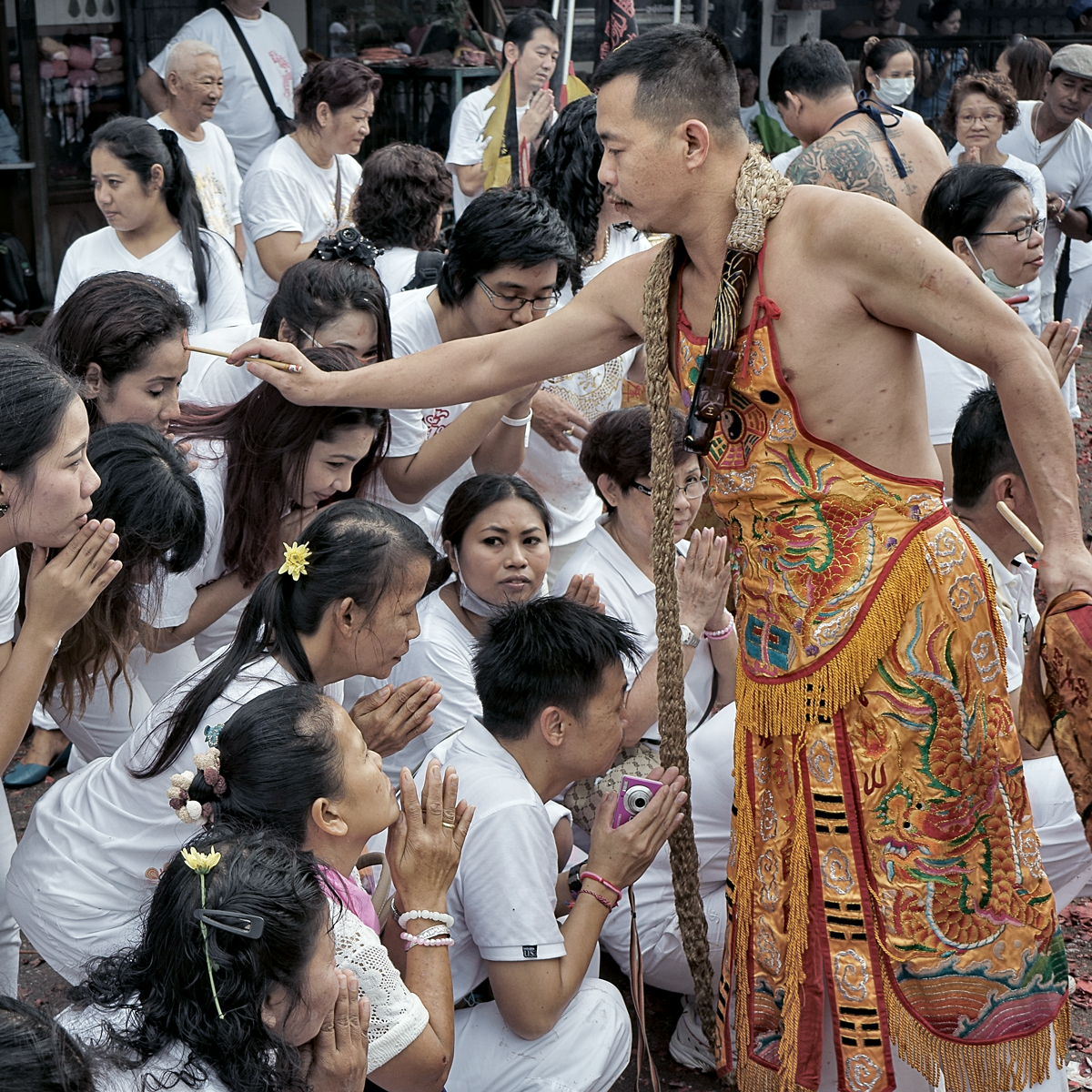 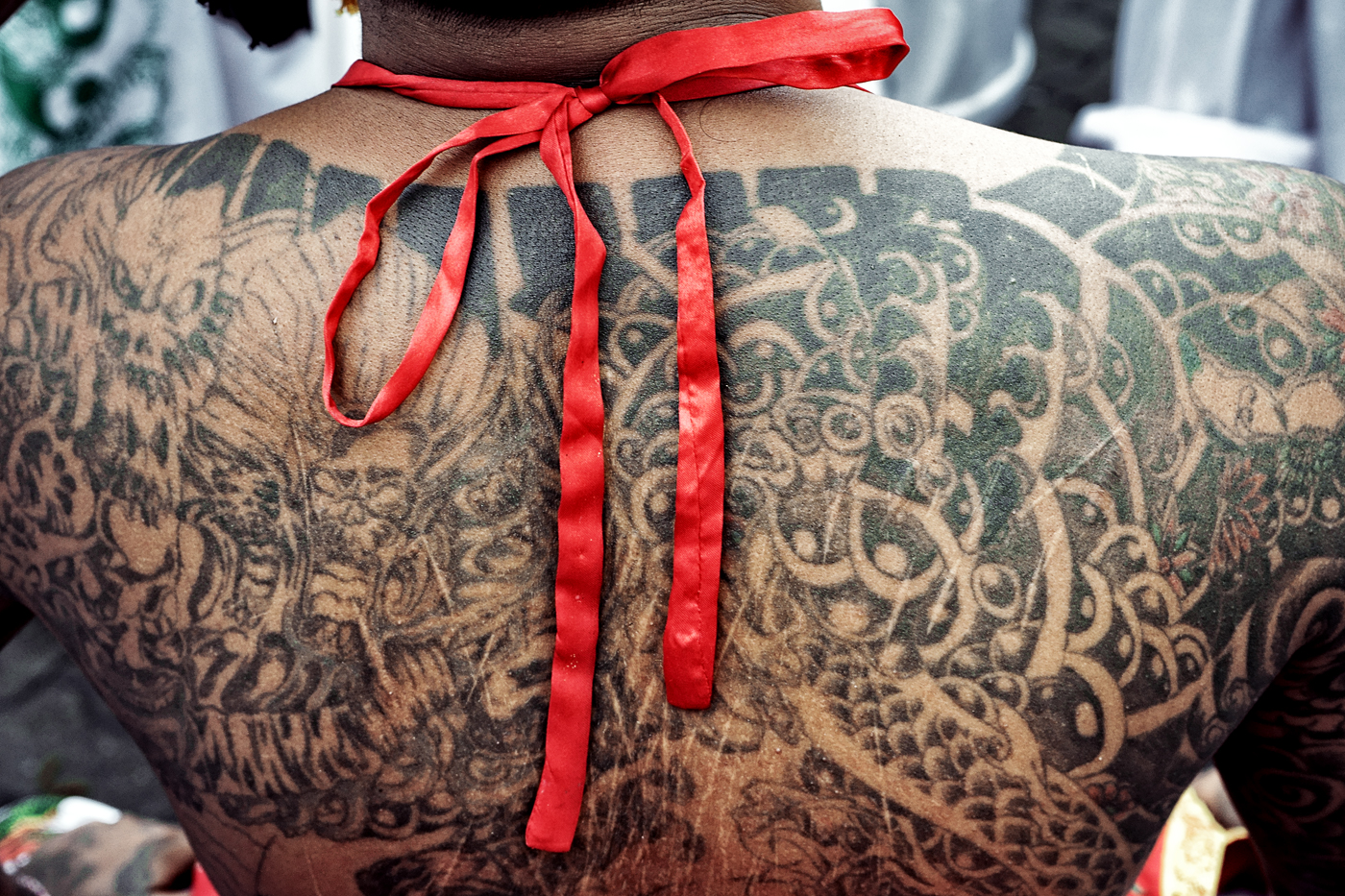 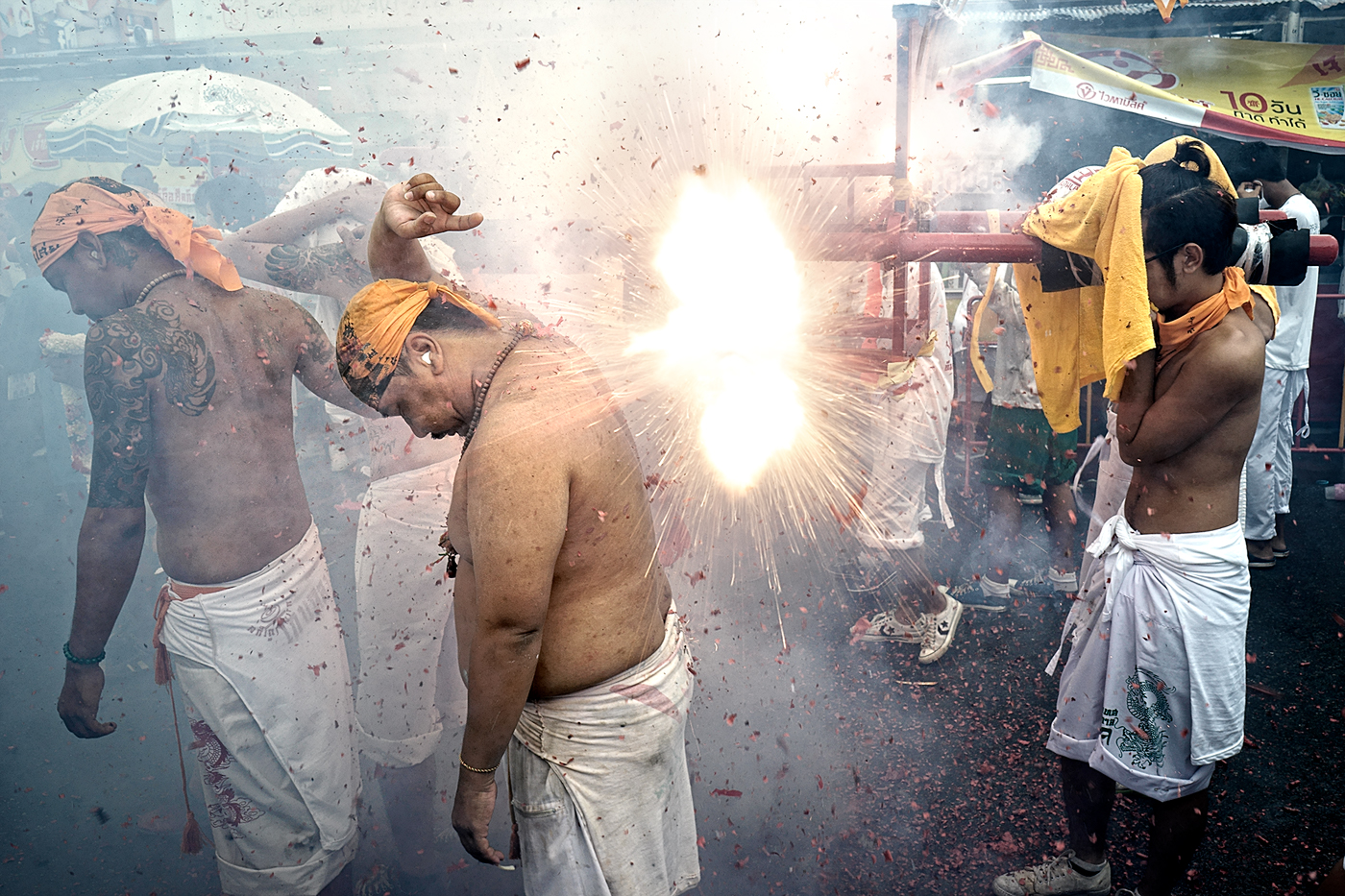 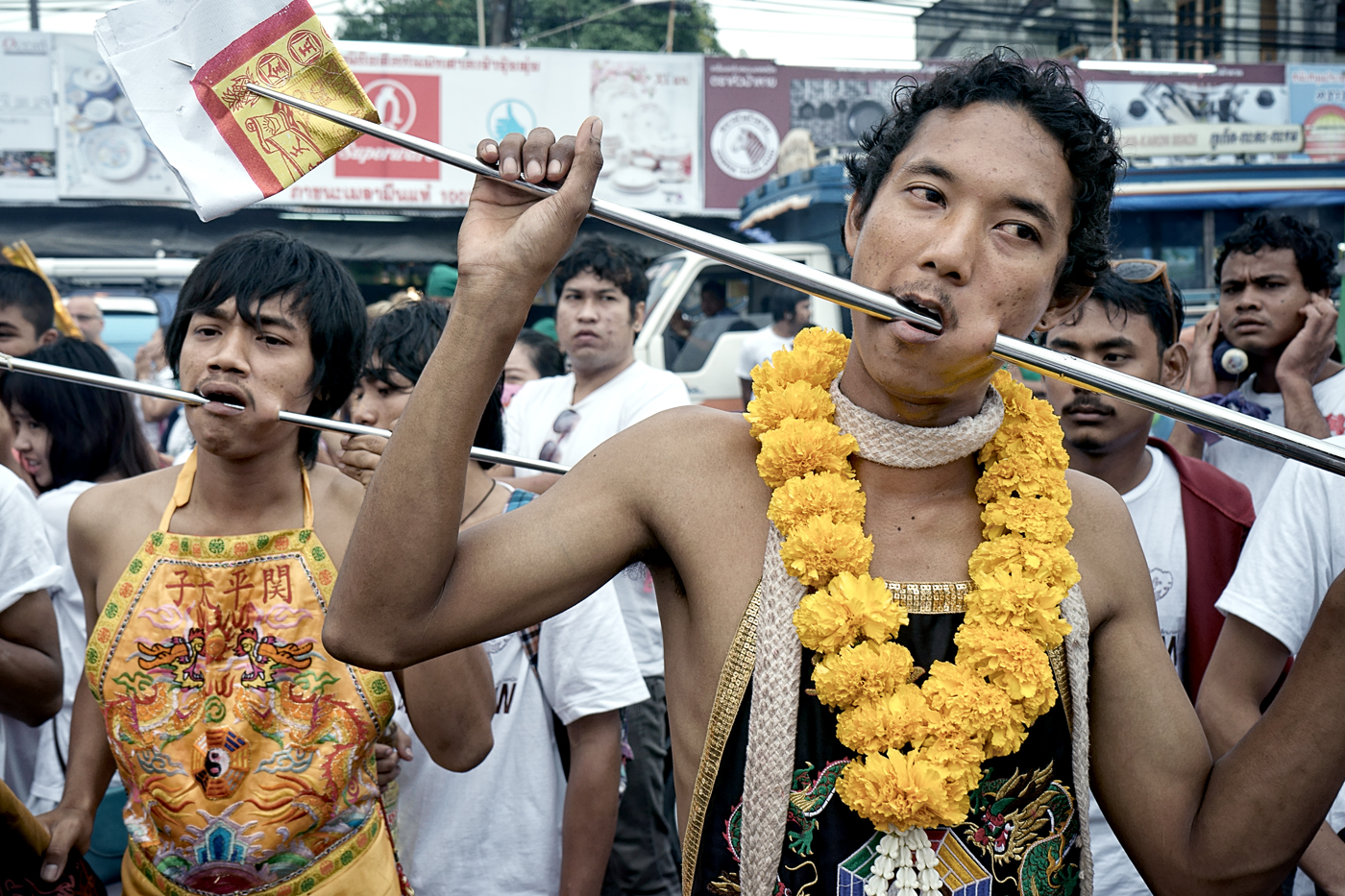 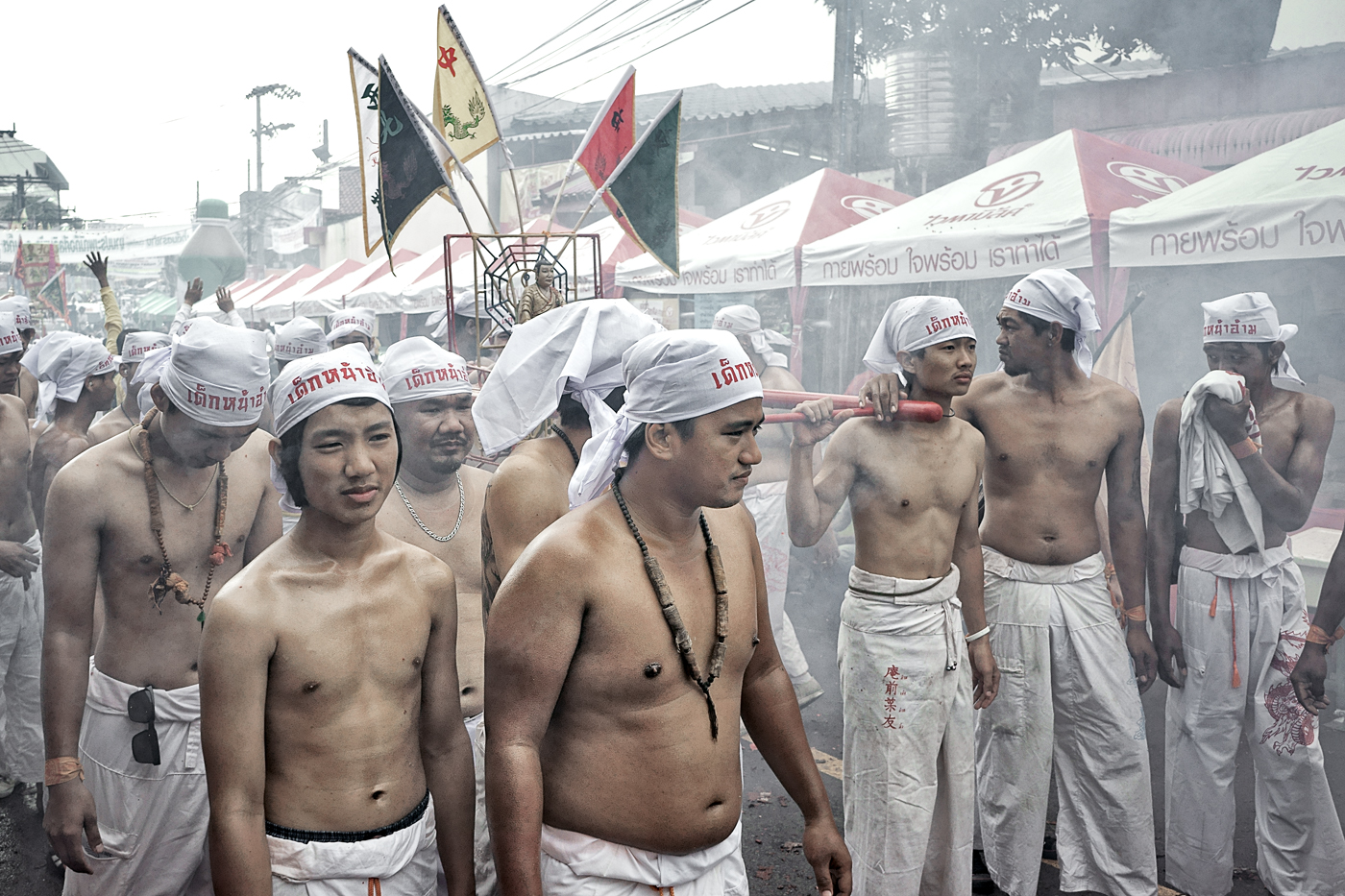 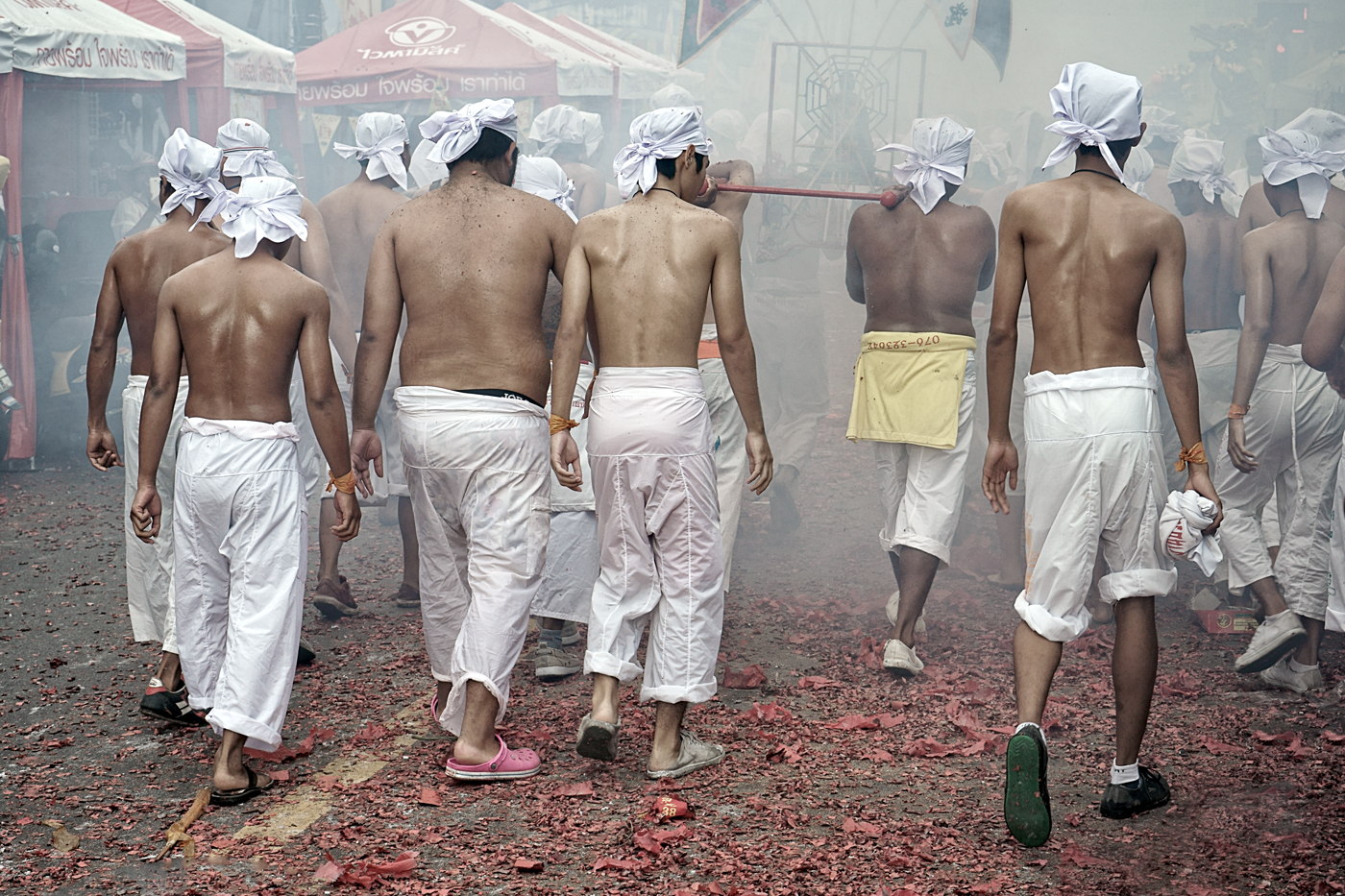 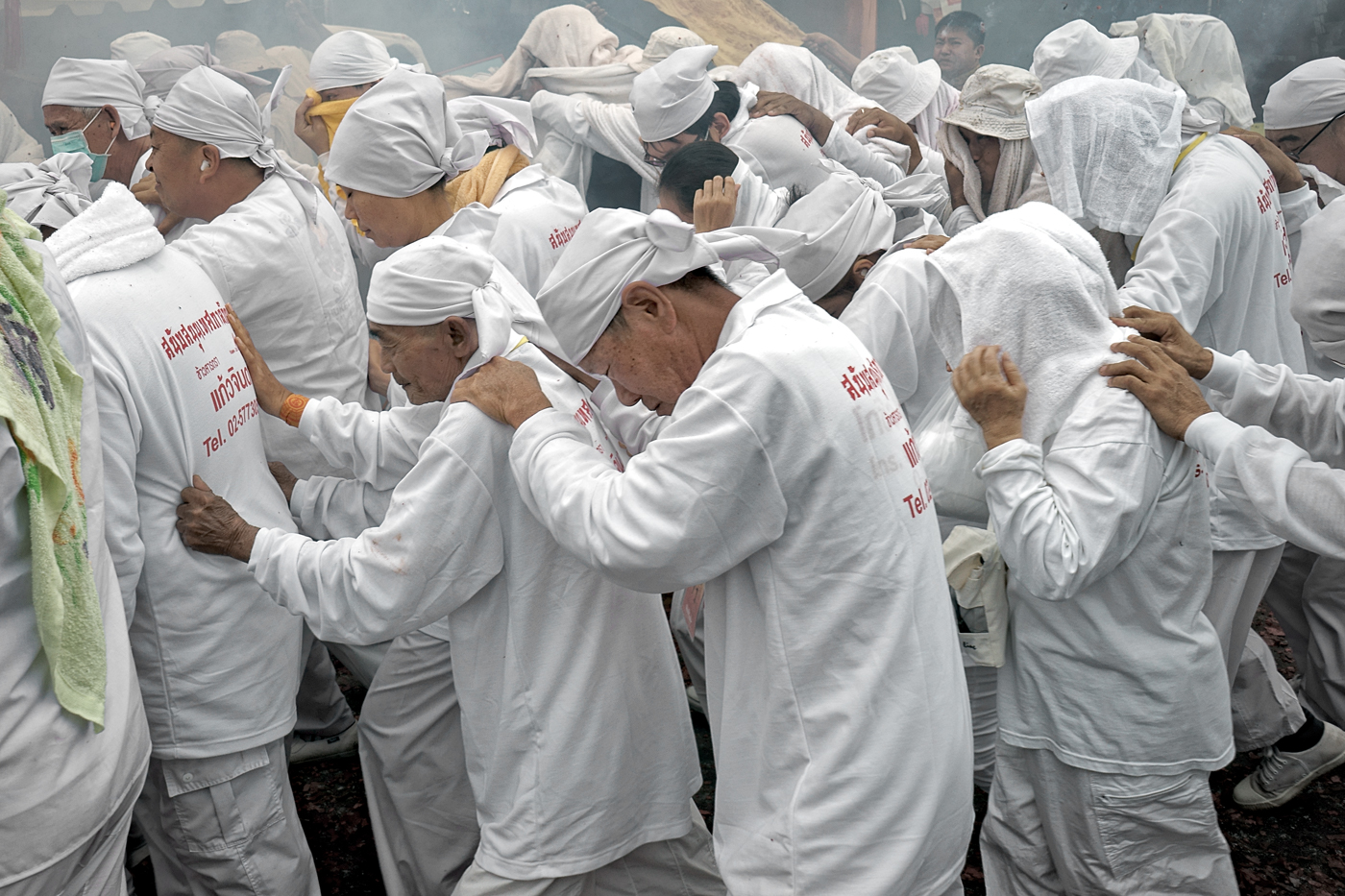 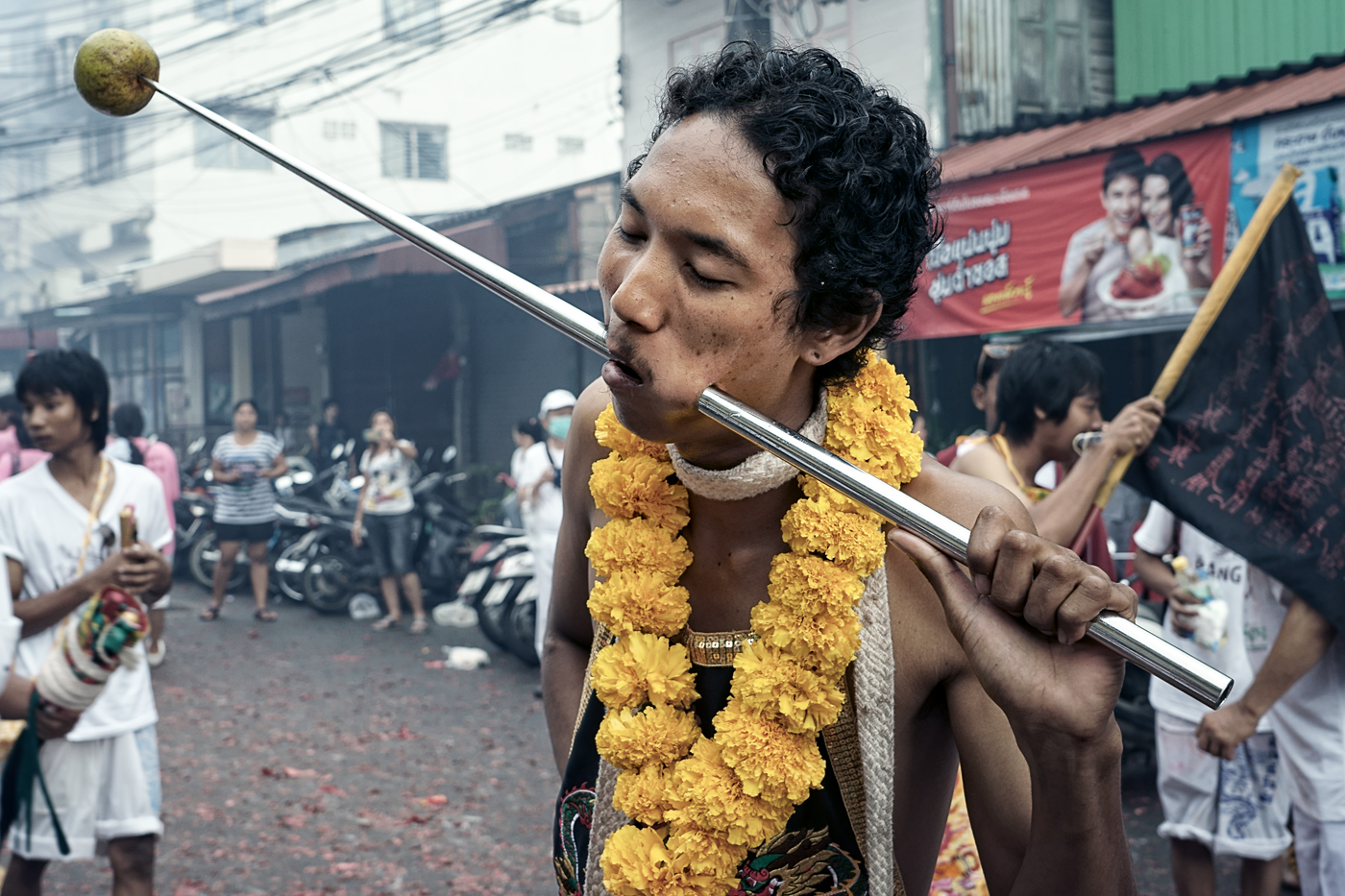 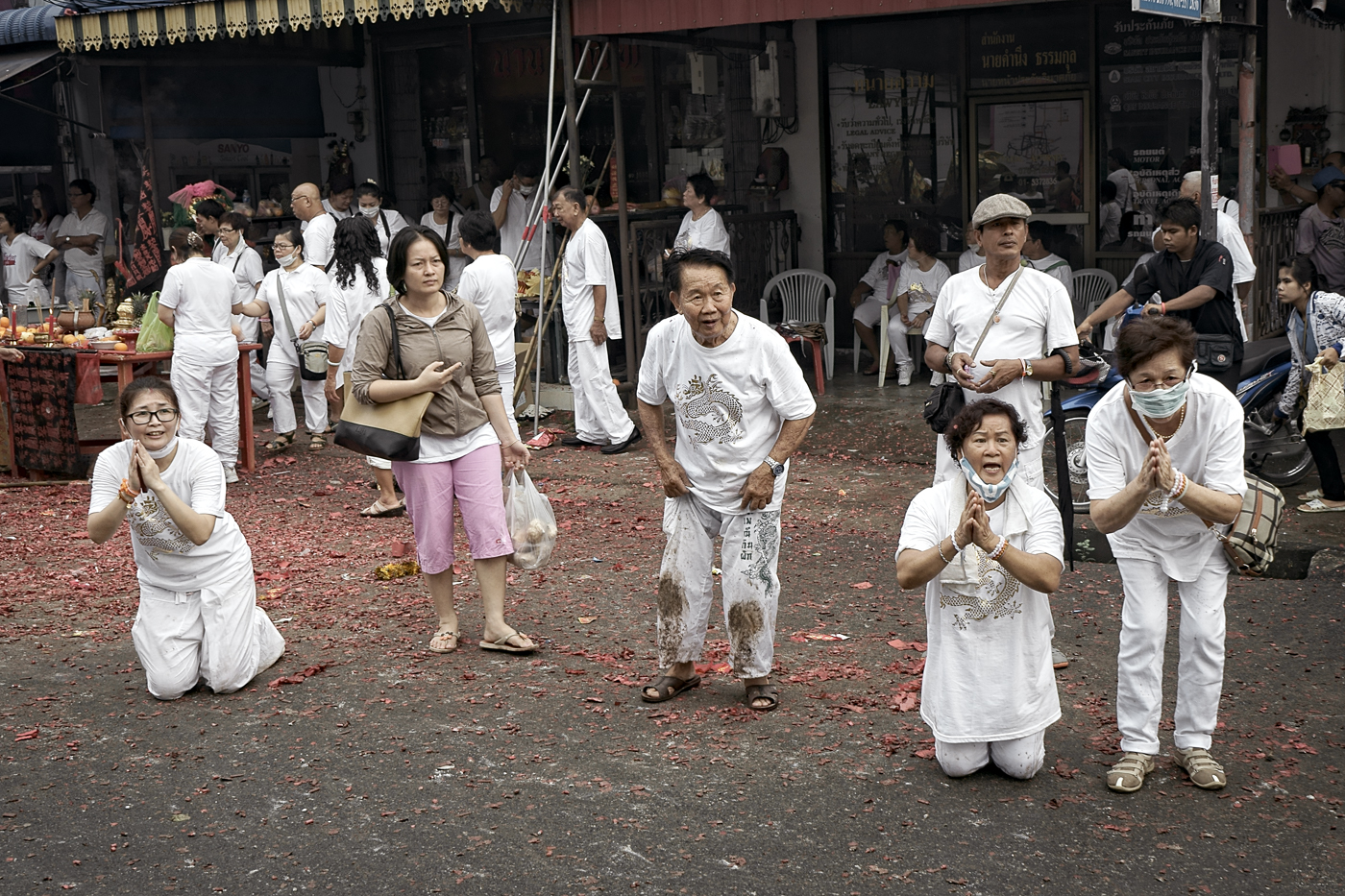 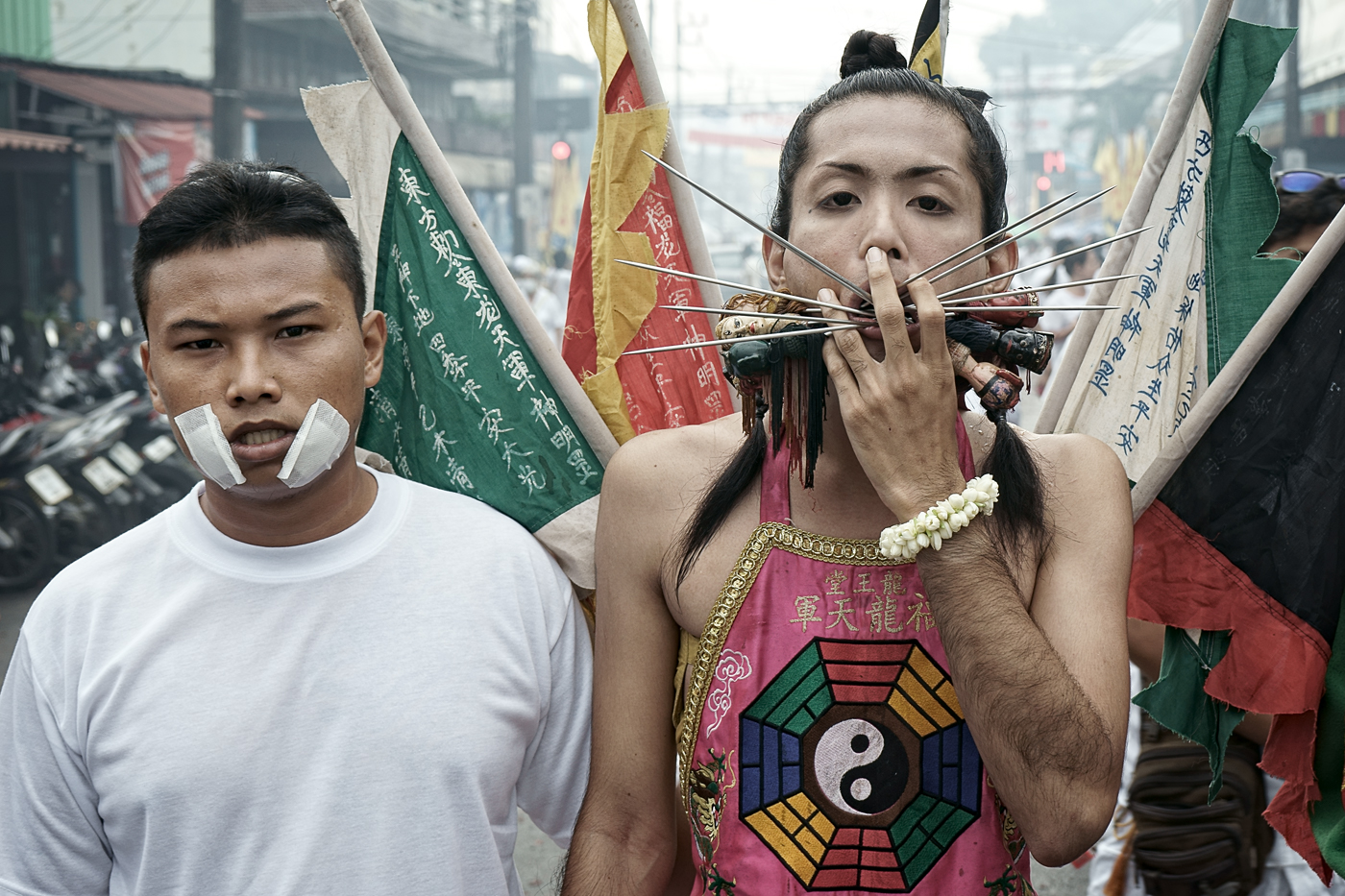 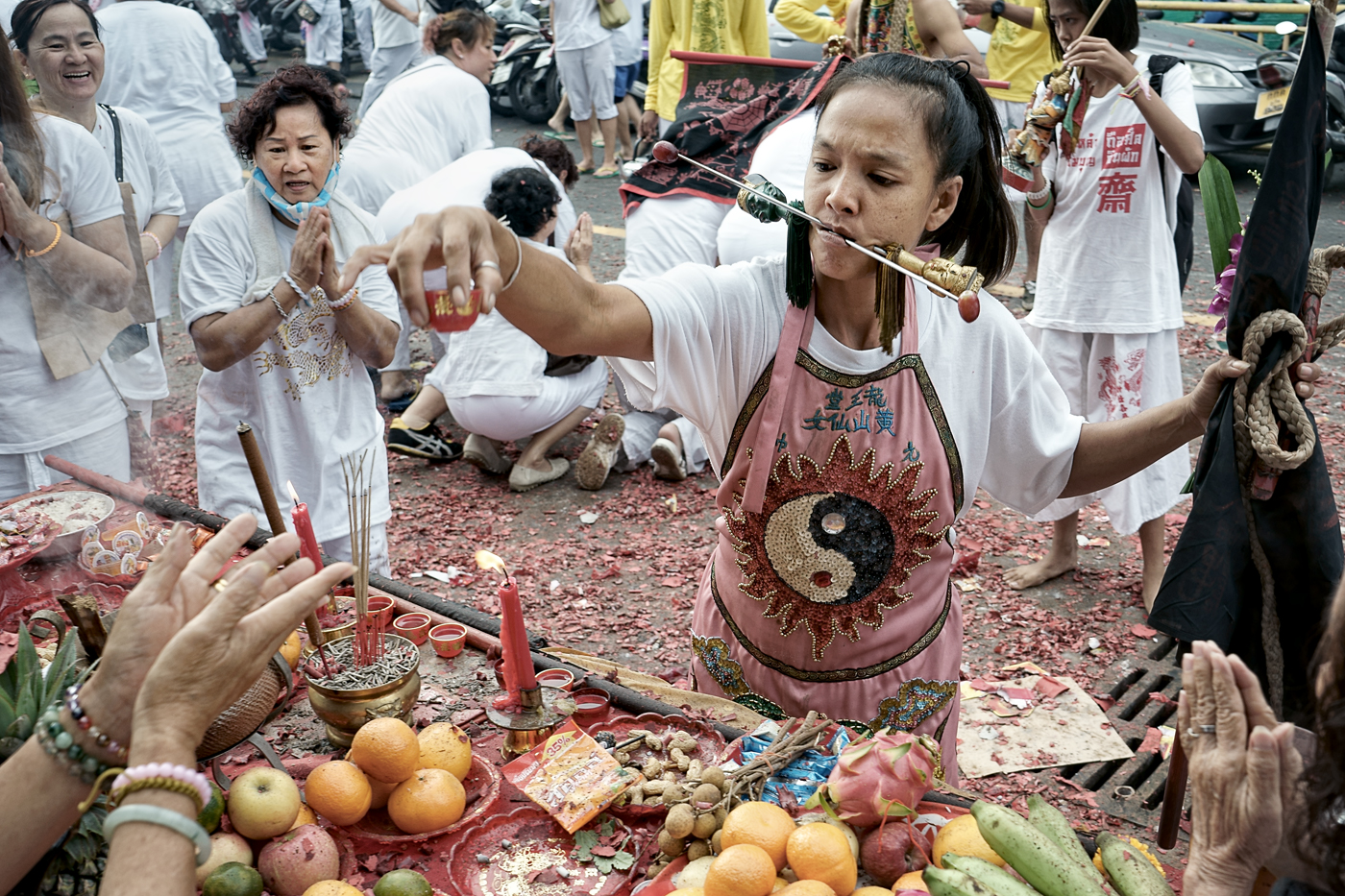 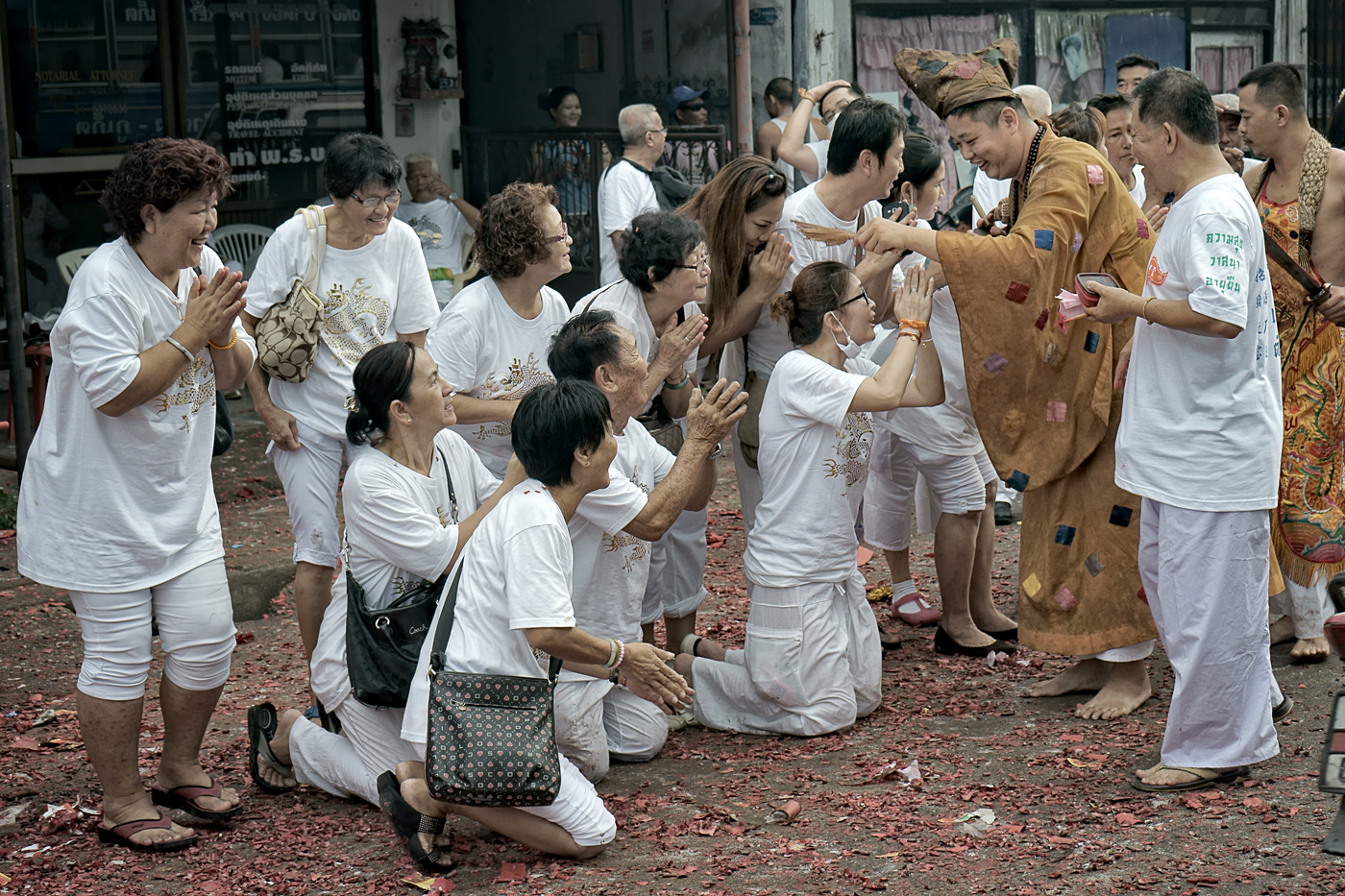 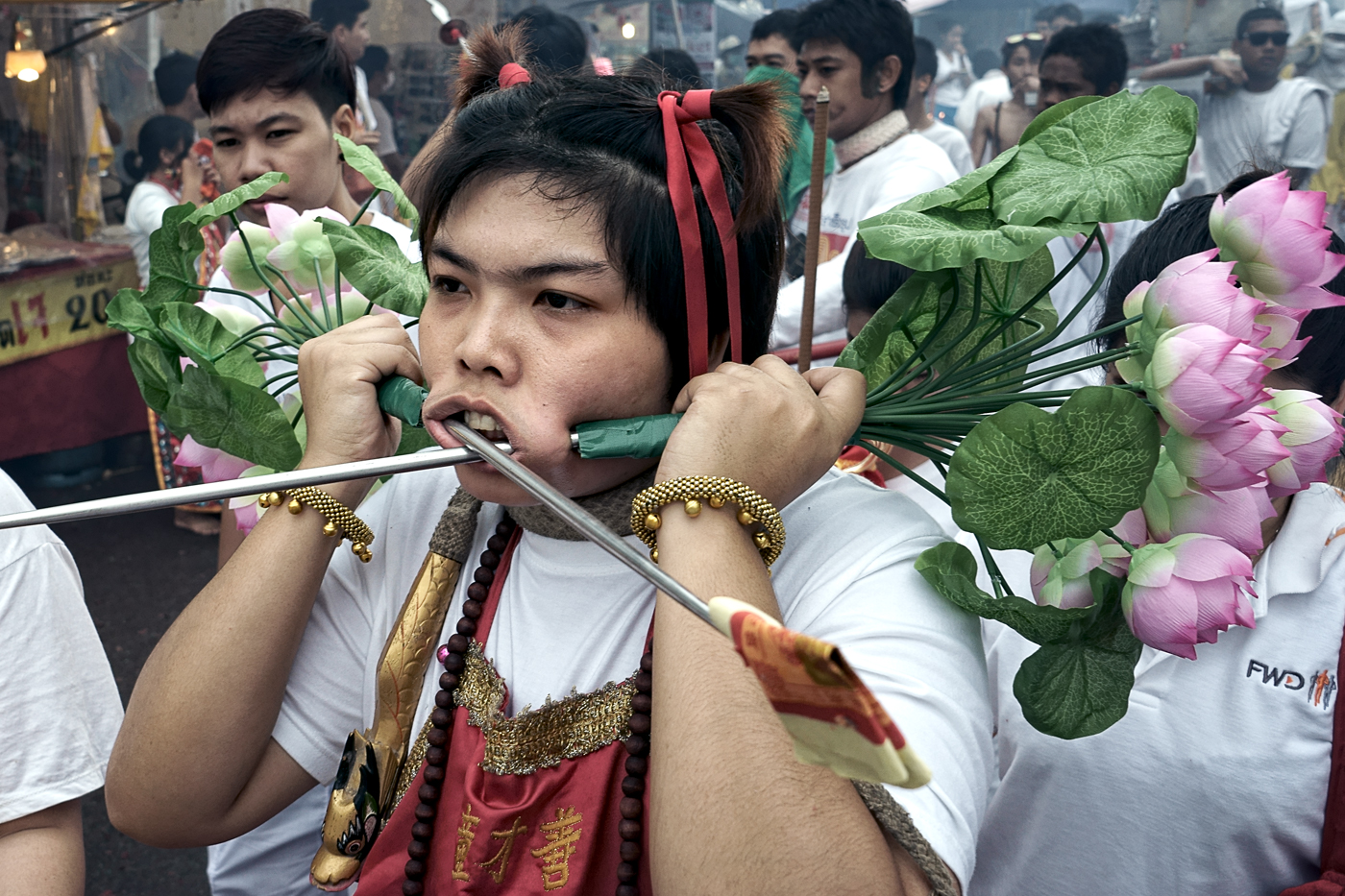